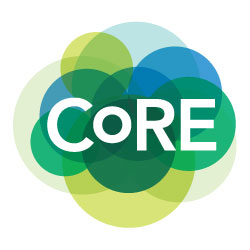 The Commission on Religious Education was established to review the legal, education, and policy frameworks for religious education (RE) in schools in England.  This review is designed to inform policymakers, with the ultimate aim of improving the quality and rigour of religious education and its capacity to prepare pupils for life in modern Britain. Following three residential meetings, which have involved detailed discussions of the wide range of evidence submitted and presented by individuals and organisations for consideration, the Commission has now published its interim report, Religious Education for All. 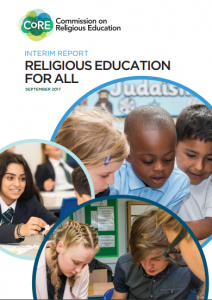 The commissioners hope that their report will encourage as many people and organisations as possible to engage with them about their developing thoughts on RE in schools in England.  The interim report explores a number of issues which have emerged during their deliberations on the evidence presented to them during the initial consultation. Commissioners attended evidence gathering sessions around the country and received written submissions during the 2016/17 academic year.  The report sets out initial recommendations alongside a range of issues on which Commissioners will seek to consult further before drawing any conclusions.

There will be a full online consultation on the content of the interim report, which will help to inform the final report of the Commission, due to be published in 2018. This consultation will be launched in early October. Commissioners hope to receive feedback from as wide a range of people and organisations as possible. People will be encouraged to consider responding either in a personal capacity or on behalf of an organisation, or both.

Religious Education for All is available for download here: Interim Report

The executive summary of the report can be downloaded here: Executive Summary

The press release for the launch of the interim report can be downloaded here: Press release

The Commission on Religious Education is not responsible for the content of external websites. The inclusion of a link to an external website from commissiononre.org.uk should not be understood to be an endorsement of that website or of the site’s owners or their products or services.